I’m always looking for more self-hosted applications and software to try out on my idle brigade. Curious to hear what you guys are hosting that might be something that most people aren’t aware of and could be fun to try out. Obviously, some niche apps might not appeal to everyone’s needs, but I’d like to hear regardless.

Of course, there’s this great list (Awesome Self-Hosted), but there’s a ton of software listed there of varying quality and usefulness.

A few open-source projects that I use frequently that aren’t mentioned much are:

Airsonic - Handles and serves my huge music, podcast, and audiobook collection with ease. I’d definitely recommend using one of the external db drivers (i.e. psql) instead of the default sqlite if you have a large library.

Apache Guacamole - Does remote desktop (via VNC or RDP) through the browser. Somewhat a pain to setup, but once everything is set up, remote desktop becomes a piece of cake and is accessible from anywhere with web access (no more local dependencies on RDP, VNC, etc.)

ntopng - Monitors, categorizes, and records network flow metadata. This app proved very useful for my FreeMach boxes when I had to keep track of bandwidth usage for individual users (before using ProxCP’s built-in bandwidth counter). Network traffic is recorded on a per-IP basis among many other categorical values. Plus the web-interface looks nice and is easy to navigate.

I’ve recently gotten back into IRC after a falling out with Discord and found The Lounge which is a “modern, responsive, cross-platform, self-hosted web IRC client”. Definitely as slick as Guacamole in terms of web accessibility and ease of use. 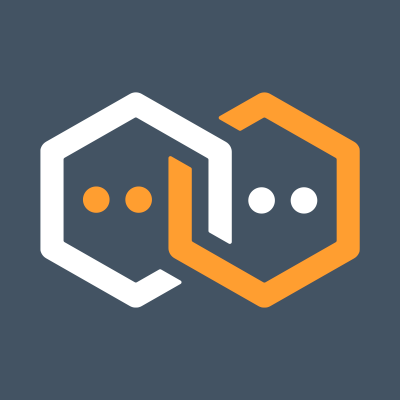 Beautiful! The Lounge looks really nice and user-friendly. I’ve only use IRC on a handful of occasions and just used a free online client to connect. If I were to use it regularly, this seems like a perfect option to self-host

I love the direction many app developers are pursuing to make things “client-less”. Being able to access and use applications through the web (via HTML5) is a great trend in my opinion (as long as the setup is properly secured and all that good stuff).

Not sure I can call this a self-hosted app per se, more like a thing to make your self hosted storage apps more awesome.

VDO is an open source block level data deduplication and compression software. Pretty easy to set-up and it can save you a lot of disk space. I can imagine using this with like NextCloud, VMs (those dedupe pretty nicely) or possibly Plex.

The tradeoff is that the disk performance goes down a bit and it costs CPU.

A look at VDO, the new Linux compression layer

Did you ever feel like you have too much storage?Probably not - there is no such thing as ‘too much storage’. For a long time, we have used userland tools like gzip and rar for compression. Now with Virtual Data Optimizer (VDO), all required pieces...

Its a server so people can play 2 player retro games over the internet.

Some of the things I let idle on my servers:
Tiny Tiny RSS - not really idle, I use it daily
UnrealIrcd
Minio
Searx
Just to name a few

So much this. I keep one running: https://search.jar.land/

At one point I used IFTTT and an RSS feed of it’s search to find new company mentions and report them via Slack. Searx has been a damn handy tool.

So much this. I keep one running: https://search.jar.land/

Still a big fan of PancakeApp (pancakeapp.com) for self hosted invoicing.

Hmm. PancakeApp looks nice and I’m in need of an invoicing app.

PufferPanel is also great. Discovered it thanks to @Mason. He still teases me, saying Pterdactyl (dinosaur) is better though. So once I’m mentally ready to step in the world of Docker, I’ll give it a go.

Pterodactyl is awesome! I believe it started as a fork of PufferPanel to take it into a new direction (increased security and isolation via Docker containers) among other philosophical differences with the dev teams. Pterodactyl’s development has somewhat slowed down now that the main dev (Dane) has a full-time job, which is totally fine. An upcoming game server panel to keep your eye out for is Jesse’s GameDash, which looks very promising.

Never used Invoice Ninja, bought Pancake (v2, IIRC) years ago, and been using it in a few places since, and it’s been fantastic.
Also built up a but of a relationship with one of the developers, and it sounds like there’s a lot coming over the next short while, though it’s been quiet for a while.
If you want to try it, he told me that there’s a promo that brings it down to $124 (when you select 0 Priority Support Credits, which they’re doing away with anyway), and if you want to use my affiliate link, it’s https://www.pancakeapp.com/ref/AMN4Zjvn - promo code is stacked25.

Disclaimer: I have nothing to do with Pancake, just been happy with their product and support.

Sweet, thanks for the background and info! If I end up purchasing it, I’ll definitely use your referral link

Left out the promo code, it’s stacked25, they’re good people, and I can vouch for the support and willingness to help.
They also have a SaaS product in the works, though most people here will presumably rather the self hosted version…

I’ve been using InvoiceNinja for a few years now. I can’t think of anything why I wouldn’t recommend it. The new mobile app is definitely awesome for easy invoicing and time tracking (which is my main use). To me it looked a lot more simple to use than any other app, which is the main reason I went for it. It’s also cheap (if you want to remove the InvoiceNinja logo from your invoice), and opensource.

There’s a demo available here if you want to play around: https://app.invoiceninja.com/invoices/create

Also a big fan of Sendy (https://sendy.co/) with SES for a self hosted newsletter app, and the self hosted version of Machform (https://www.machform.com/) for forms, though they recently switched over to use support contracts, which you need to renew to get the latest updates.

I looked at it at one point, but didn’t like having to pay yearly to remove the logo, though it definitely looks like a nice option…
Pancake has evolved into more than just invoicing, which is probably why it costs more now, but if you don’t need the extra feature, that may make more sense.

I’m honestly not even paying for it. It’s very simple to bypass the licensing, considering it’s opensource. It used to be 18$ / lifetime but that recently changed to 20$ / year which I agree is a bit of a bummer. But then again, that’s less than 15% of my hourly rate, so I do feel a bit silly for cracking it. In my defense: I initially cracked it to create my first invoice, then never looked back…

Anyway, yes, Pancake packs a lot more features, though InvoiceNinja recently also added features like Kanban boards and tools to create wireframes. I’m no fan of this myself, I just want it to handle my invoicing. For wireframing and backlog management much better tools exist on the market today.